Rarely do I post things about politics, racism, or on the “now President,” but I could not let this particular speech go unnoticed.  For JFK’s Nephew’s, words brought me to tears to think about what we as a Nation have accomplished and the wonderful advancements and sacrifices that have been made to bring us to a point of civility. Just to see it all being cleverly plucked and discarded, by the new President (Donald Trump).

I’ve been around people who say, “Obama brought about Racism,”  when in truth, it was his being in office, which is when people began to show their disapproval because of the color of his skin and when those who opposed, true colors began to show.  For eight years, those who opposed of President Obama were careful to continue to hide the fact that it irked them that “a man of color,” was running the Nation.

Trump’s campaign changed that, people today are throwing caution to the wind and are outright showing their disdain to those who are not White.  Sadly,  our Nation…America is no longer a place in which people from other countries long to come to live, is no longer considered a land of opportunity for all, and is no longer a safe haven for people of all races, creed or color…

“This country is strong because of its diversity…”” Great Speech. However, I feel it is in vain because Trump is doing whatever it takes to make America White again and to enslave all of those who are not! 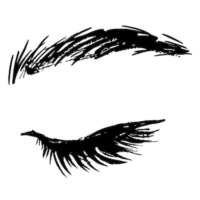 Inside The Life Of A Black Lesbian
The Green Study

Personal Essays - It's All About Curiosity & Connection